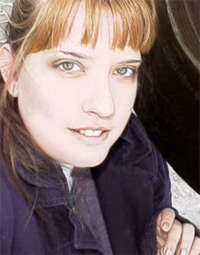 Bethalynne is a Michigan native who spent much of her early life chasing the fae around her grandfather’s nearly mythical fairy tale garden. Where the fae weren’t calling, the strange shadows in the closet were whispering. When it was finally suggested that she kindly bring herself down from the clouds (and out from those dark places) she turned her expansive imagination towards capturing her characters and their worlds through writing and drawing. The latter has led to her having a notable career as a professional artist for the past twenty years.

It was in her teens that Bethalynne’s aunt Mira passed along to her a deck of Gypsy Witch Fortune Telling cards and from there went on to discover the tarot and the subject of cartomancy. This new love played greatly into mythos of the worlds she created through her art and writing. Gradually those fictional decks would become real world decks. Since that time she has been actively creating a variety of themed decks and furthering her study and understanding of the art of cartomancy and the symbolism behind many of its popular forms of divination. Currently she hosts a blog devoted to this topic–Attic Cartomancy–where she shares her passion as well as offering her experience/advice on creating one’s own deck.

Bethalynne’s full portfolio can be found on her personal site bajema.com and her artwork and currently available decks (like the Isidore Tarot) can be purchased through her shoppe The Attic Shoppe Trading Co.

Many thanks to my friend Maggie Ives for the above bio. Now that you’ve met me and are familiar with the Isidore Tarot, would you like an introduction to my other decks? Below are samples of my current published decks and previews of those I’m currently working on. Touch any card to be taken to my blog and learn more about that deck!